It’s a tribute to his versatility that ever since Rishi Kapoor started doing character roles, directors made sure that he had something substantial to do in their films. He really had a ball during his second innings of sorts, assaying of author-backed roles with much gusto. Presenting a list of his films where he shone in character roles. Rishi Kapoor plays Zulfikar Ali Beg, Kajol’s father, in this taut romantic thriller. Zooni (Kajol), who is blind, was in love with Rehan (Aamir Khan) and she’s heartbroken when he’s presumed dead. She doesn’t recognise him when he comes back in her life. He’s actually an enemy agent looking for a trigger for a nuclear weapon. When Zulfikar finds it out, he has a tussle with Rehan, who accidentally kills him. Rishi is shown to be a kind, supportive father throughout. He takes care of his daughter when she’s pregnant by wedlock and later gets her and Rehan married as well. But he’s also a patriot and puts his life on the line for his country. Rishi Kapoor plays an old-school gentleman in this seminal film about communal harmony. He’s the embodiment of the best qualities of old Delhi which was all about respecting every religion and lending a hand to your neighbour in times of need, of sharing both laughter and sorrow. His personality makes a big impression on Roshan (Abhishek Bachchan) and helps him get his bearings. 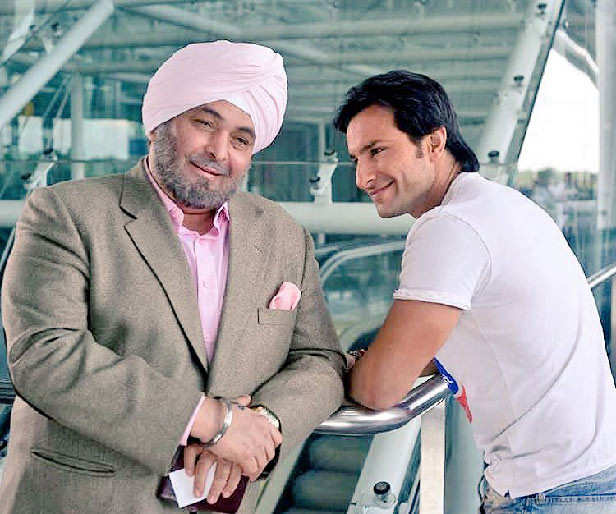 Imtiaz Ali wove two tales of love into one in this romance. Rishi Kapoor plays Veer Singh Panesar, a Sikh hotelier living in London who inspires Saif’s character to get his life on track by narrating his heartwarming love story set in the 1960s. The two tracks run parallel, with Saif playing Rishi’s younger self as well in the film. His character is never intrusive or condescending. He sees a troubled soul and reaches out to him in the hope of making it better. The role added a certain gravitas to the film. Rishi Kapoor plays the strict patriarch of Sikh community settled in a certain portion of London. Gurtej Singh Kahlon (Rishi Kapoor) doesn’t like the way Indians are treated in England. He’s prejudiced by past experience and thereby forbids his son Parghat Singh Kahlon (Akshay Kumar), who is a talented bowler, to try out for the England team. Years later, Parghat’s interest in cricket gets revived thanks to the efforts of Simran Chaggal (Anushka Sharma). She encourages him to give the sport another try despite him being middle-aged. When he gets picked up to play for the England cricket team, his father realises he should invest more in his son’s passion and forget the bias he has towards whites. Rishi’s performance was just what the doctor ordered for the film. 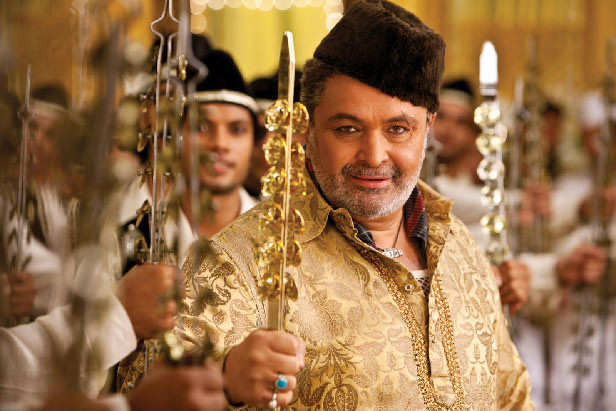 Rishi’s character, Rauf Lala, wasn’t there in the original and was specially written for the remake. He plays a butcher who is also into drugs and prostitution and is something of a lecher. Vijay (Hrithik Roshan) befriends him as a child and works for him as an adult in order to get close to Kancha Cheena (Sanjay Dutt), as Kancha and Rauf are rivals. It was perhaps his most grey-shaded role ever. He knows he’s the uncrowned king of his locality and does what he pleases. He does get weakened by Vijay’s betrayal but gives him a good fight nevertheless when Vijay comes to save his sister. Kancha was supposed to be the main villain but thanks to Rishi’s power-packed performance, we remember Rauf more than Kancha. The same year that he played a very macho Rauf Lala in Agneepath, Rishi Kapoor also played a gay character in SOTY. Dean Yogendra Vashishth has the hots for matinee idol John Abraham, and also drools over the supremely fit (and married ) football coach (Ronit Roy). It’s he who devises various competitions for the student of the year trophy. He’s a strict disciplinarian who has the best interests of the children at heart. It was a vastly campy character and added a dash of irreverent humour to the proceedings. 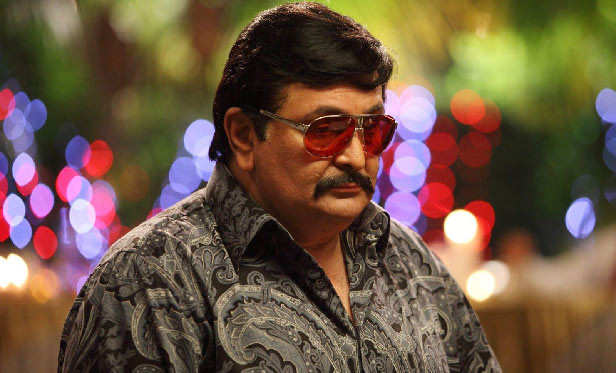 The film is inspired by all those Delta Force dramas that depicted American forces landing on hostile borders and carrying out executions, extractions of people harmful to American interests. We know who India’s public enemy no. 1 is. His name is Dawood Ibrahim and it speaks of Advani’s maturity as an actor that Dawood isn’t mentioned by name in the film. He’s called Goldman in the film. Rishi Kapoor plays Goldman as a manipulator supreme, someone who has always beaten the odds and survived and relies on his wits and guts to get on top every time. The pink aviators and retro suits add to the persona. It’s easily one of the best performances of his career. It’s said that Rishi Kapoor’s makeover for Kapoor and Sons cost a whopping 2 crores. He had to be under prosthetics for long hours and reportedly threatened to quit the film twice because of the discomfort. He plays a character who is in his late 80s and misses his family terribly. His only wish is to have a photograph where everyone poses together as one but due to the undercurrent of discord in the film, that didn’t get fulfilled. He plays a character who is full of spirit and whom people genuinely like, despite his oddities. The actor won the Filmfare Best Supporting Actor Award for his role. Can a film where the screen age of the leading men is supposed to be 102 and 75 respectively ever be called a coming-of-age film? Well, after watching Umesh Shukla’s 102 Not Out, you’ll say it’s possible. You’ll realise that growing up is an ongoing process and it has nothing to do with age. Both Amitabh Bachchan and Rishi Kapoor are on equal footing in the film. Apart from showcasing genuine chemistry in their scenes together, each gets a chance to bring to light individual brilliance. It’s basically a two-character film and most of it is just them talking about the past and ruminating about the present but you never get bored. How does one prove that one loves one’s country? And should this love be questioned in the first place? Who are the actual citizens of this country, really? Mulk asks such questions and more. Rishi Kapoor plays a lawyer whose nephew and brother are accused of being terrorists and he himself gets accused of aiding and abetting them. He’s in his element as the lawyer who thinks the law is on his side and is bewildered and saddened by the changing attitudes and scenarios. He serves as the moral compass of the film, refusing to give in to voices who preach hate and division. His pain is real and so is the certitude that truth will triumph in the end.