The Lost and Found formula in Bollywood films have always worked well with the audience. The Ashok Kumar starrer Kismet (1943) is said to be the first film to make effective use of this. The trend made filmmakers sit up and take notice of its possibilities. Slowly, many such films with top actors and actresses , where for the most part fate was the culprit behind the cruel separation, began to get made. Here is a list of such movies which paved their way to the box office. 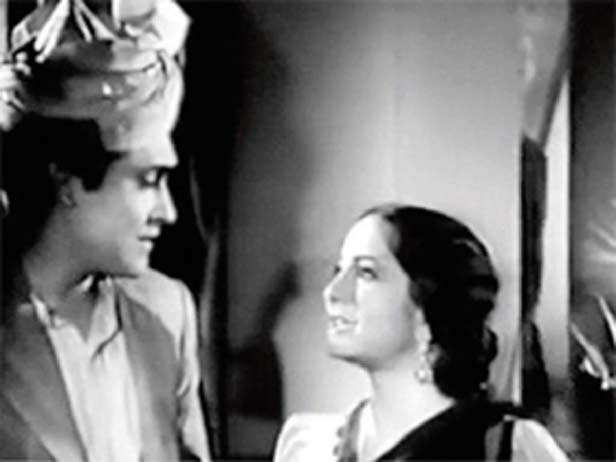 This can be termed as Bombay Talkies most successful film and earned for its protagonist Ashok Kumar the tag of the superstar. The die for the suave, urban hero has been cast and Ashok Kumar’s urban chic serves as a model even now. The film pioneered the lost and found formula. Also, the public accepted that leading characters can be grey-shaded as well. Ashok Kumar plays a loveable rogue who unknowingly plans a heist in his own house. He was separated from his parents as a child and doesn’t remember them. He drops behind a chain that he always wears during the botched robbery and that leads to him being reconciled with his parents. The film was way ahead of its time in the sense that it showed the heroines’ sister to be pregnant before marriage. The film is also known for its Nationalistic song, Door hato ae duniyawalon Hindustan hamara hai. The British thought lyricist Pradeep was writing anti-German and anti-Japanese slogans in the middle of World War but Indians got its true meaning. By the time the British realised it, it was too late. Another song, a duet between Ashok Kumar and Amirbai Karnataki, Dheere dheere, is also remembered till date. The Shammi Kapoor-Madhubala and Dharmendra starrer Boyfriend (1961) had almost the same plot. Waqt is often said to be Hindi cinema’s first multistarrer. It utilised the lost-and-found formula as its basic plot, something which has become an often-used trope in Hindi films. Its grand production values, an A-list cast and fabulous music ensured good box-office returns as well. The opulence became something of a trademark for all Yash Chopra films thereafter. Dapper heroes, fashionista heroines, fast cars, palatial homes and picturesque locations; not to mention the who’s who of the film industry coming together to form a dream ensemble cast — Waqt was truly the film that heralded the Yash Chopra era with aplomb. Yash Chopra, who wanted the three Kapoor brothers — Raj, Shammi and Rishi — to play the roles of long lost brothers settled for Raaj Kumar, Sunil Dutt as the elder and middle brother, with only Shashi retained from the original cast. He cast Sadhana and Sharmila Tagore, both known as style icons, as the love interest. The lost and found formula didn’t look like a cliche and we sat engrossed as the brothers unknowingly crossed each other’s paths. All you need to be united with your long lost kin is to know boxing. At some crucial moment later in life you are bound to have a bout with your long lost sibling and will remember your childhood fights and well… However implausible such a plot device sounds, Vijay Anand invariably made it work. Dev Anand and Pran play brothers who like to box a lot. They are separated at childhood but come to know about each other’s identities when they fight as adults. The film was a toned-down, campy version of Jewel Thief. Like the earlier film, Dev Anand masquerades as a con and joins a gang of thieves to pin down the kingpin. A debonair Dev, nearing 50, formed a dazzling pair nevertheless with fresh as a dewdrop Hema Malini. Song picturisation was Goldie’s forte and Pal bhar ke liye koi hame pyar kar le, where Dev serenades the dream girl through windows of all shapes and sizes, remains a masterpiece even today. Kalyanji-Anandji provided the music. The cabaret, Husn ke lakhon rang, Nafrat karne walon ke and O mere raja are the other popular tunes from the film. 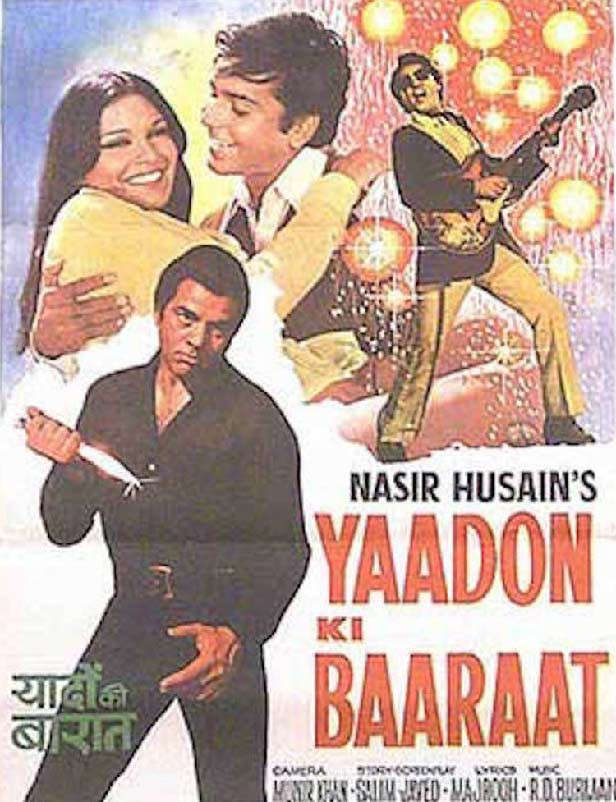 The film utilised the lost and found formula in a unique way. The family used to sing a song together when the kids were young. Monto (Tariq) grows up to be a club singer and Always used to begin his routine by singing the opening lines of that song. One day, Vijay (Vijay Arora), recognises the tune and so does the elder brother Shankar (Dharmendra), who nevertheless doesn’t reveal himself to his two younger brothers just then. Their parents were killed by a man who coincidentally is Shankar’s boss. When he comes to know the identity of the killer he sets out to exact revenge with the help of his brothers. The film had some lovely music composed by RD Burman. Apart from the title song, it had hummable songs like Chura liya hai tumne jo dil ko and Lekar hum deewana Dil as well in its kitty. It’s a classic tale of three brothers separated since childhood and brought up to follow different faiths, getting united upon growing up and exacting revenge on the people who had harmed them. Rishi Kapoor See by bi played the youngest brother, who is a musician and hence the onus of providing the musical aspects to the film fell on his shoulders. He had three qawwalis, the frothy Tayyab ali pyar ka dushman, the romantic Parda hai parda, and the Sufi, Shirdi wale Sai Baba, filmed on him. Amitabh Bachchan played the middle brother, a bootlegger. His mirror scene alone is worth the price of the ticket. Vinod Khanna played the elder brother, a straight-laced inspector. His fight scene with Bachchan is remembered as well. It had romance, action, comedy in equal measure and this something for everyone approach contributed big time towards the film’s stupendous success. 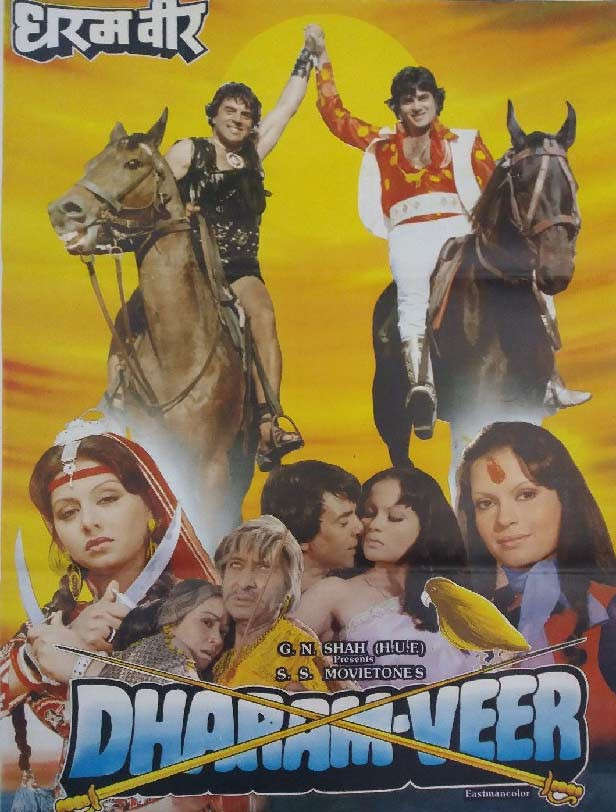 At the time he was making Amar Akbar Anthony, Manmohan Desai was also working on another lost and found formula film Dharam Veer. While the former was set in modern India, the latter was set in the mediaeval times. It featured both Dharmendra and Jeetendra in toga-like costumes. Must say they pulled off the Roman attire splendidly well. The heroes play fraternal twins who are separated at birth. While Dharam (Dharmendra) grows up being brought up by an ironsmith, Veer (Jeetendra) is a crown prince. They end up being best friends despite the class difference. Their enemies try to set differences amongst them but they overcome all hurdles when they come to know they are brothers and put an end to the evil-doers. Their father, played by Pran, is shown to be a Samurai. The film offered the right mix of fantasy, swordplay and an emotional punch as well and proved to be a blockbuster.